These are methods of removal of the eye. 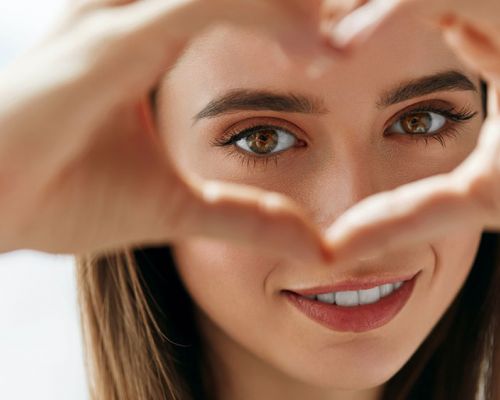 The reason for removal of an eye varies from helping to provide relief from a painful blind eye, to removal of the eye that may be shrunken or damaged leading to cosmetic disfigurement. Rarely there may be a malignant tumour within the eye requiring it to be removed. A painful blind eye may occur due to trauma, severe infection, a blinding condition like untreated severe diabetic retinopathy or glaucoma or rarely due to failed intraocular surgery.

Enucleation is the term used when the entire eye is removed and Evisceration refers to a procedure when only the contents of the eye are removed, leaving the shell of the eye in place.

The lost volume of the eye is replaced with an orbital implant that is embedded behind the lining of the eye and eventually a prosthetic eye or artificial eye is placed over it. The prosthetic eye is made of acrylic and most often made by the National Artificial Eye Service, that has workshops dotted around the country. Some private prosthetists also make artificial eyes privately.

The procedure is done on a daycase basis under a general anaesthetic and the patient would need to stay in hospital for approximately 6-7 hours. All the sutures are dissolvable and hence do not need removing.

As with any surgery there is the risk of infection, bleeding and scarring and other potential problems depending on the type of surgery. The eye socket can be uncomfortable for upto 2 weeks after the operation.

The prosthetist initially inserts a temporary artificial eye over the orbital implant and a permanent bespoke acrylic prosthesis which has been painted to match the good eye, is fitted in about 3 months.

It’s natural to feel anxious when it comes to treatment and surgical procedures especially in relation to your eyes. I encourage you to ask questions about your condition, so I can help you to be better informed of your condition, the treatment options available and allay any fears that you may have. During the consultation I will explain the procedures to you and help you to make positive choices, and remember there is always the option of doing nothing, so you have nothing to worry about.